If you were offered a monthly basic income—just enough money to get by, nothing extravagant—would you stop working? Would you work less? Do you believe others would work less if offered the same opportunity?

These questions live at the heart of the various universal basic income programs that have been initiated across the planet. Yet survey responses reveal biases about how we view our own relationship to money, work, and meaning—and perhaps more importantly, how we think others view these same topics.

In their book, Good Economics for Hard Times, Nobel-winning economists Abhijit V. Banerjee and Esther Duflo crunch the data around money and work. They discovered people view themselves much differently than others, and that, in most circumstances, work means more to people than money—and when it doesn’t, problems begin. They also note that those problems often arise due to the lack of social structures supporting workers financially and, more relevant to this conversation, psychologically.

Let’s look at these phenomena in a little more detail.

Switzerland inadvertently created the conditions for studying behavior around work and money when residents experienced a two-year tax holiday in the late nineties and early aughts. As the nation transitioned its tax laws, citizens were afforded two years of tax-free working (exact years differed depending on geography). The important detail is that each resident knew in advance what years they would not be paying taxes. This meant they could effectively work less and make the same amount of money.

Banerjee and Duflo looked into how this affected worker psychology during their tax-free years. Here’s what they found:

The answer is it changed not at all. There was absolutely no impact on whether people decided to work or not, and no effect on hours worked either.

Armed with that information, the authors wondered how an increase in taxes would affect Americans. They wanted to know if raising taxes would cause American workers to work less (knowing more of their money would get consumed by the government). Then they asked the same respondents if others would work less if taxes went up. Finally, they compared their own survey results with similar pre-existing studies.

Would Americans stop working (or work less) if taxes were raised? Turns out 72% would “absolutely not stop working” while 60% stated they would work just as much as before. These data are consistent with other studies.

Now, when asked about other middle-class workers, only 35% of respondents said they would work as much as before, while a solid half replied that others would stop working entirely. (This is also consistent with other research.) As the authors frame the results,

When judging themselves, Americans are about right, but when they anticipate the behavior of their friends and neighbors, they are much too pessimistic.

Banerjee and Duflo show how this mindset extends into other domains, such as cash transfers and basic income. While such initiatives are often frowned upon—the idea that recipients would only “blow the money on alcohol and tobacco,” for example—the authors cite numerous studies that show such projects generally result in increased food expenditures. People will most often purchase what they need for their families first, not waste the extra money on desires.

Once again, the distance between what we believe we would personally do and what we think others would do remains a thorny and often politicized issue that doesn’t actually represent reality. This is because many people find meaning in their work—not only money.

The meaning of work

It’s easy to imagine that others would freely take handouts, especially if you don’t know the person, whereas you know you’d continue to work as hard as ever. The ambiguous “other” presented in surveys is merely an imagined being, open for unwarranted criticism. That makes results like the above possible. We tend to give ourselves the credit we’re unwilling to extend elsewhere.

Yet as Banerjee and Duflo show, most people derive meaning from their work. Yes, it’s partially economically dependent—people who barely subsist from their jobs are less likely to feel enthusiastic about their occupations. Service and hospitality employees tend to report less satisfaction from their roles than office workers, for example.

Still, as the authors conclude,

All the evidence scattered through this book suggests most people actually want to work, not just because they need the money; work brings with it a sense of purpose, belonging, and dignity.

To that end, the authors point out both triumphs and pitfalls of universal basic income programs implemented in various countries. While they believe certain programs work better than others, and that some of them help lift even more people out of poverty, they also argue that programs that help people transition from job to job without the stigma of joblessness would go even further.

They point to the Danish model of “flexicurity,” which subsidizes laid-off workers while also helping place them into new roles through retraining programs. The important detail is the lack of stigmatization they experience as compared to the American model, where workers are often left on their own when losing their jobs (and are subject to a social psychology that views out-of-work citizens as lazy or unproductive).

As they frame it,

Flexicurity is meant to ensure job loss is not a tragedy, but a normal phase of life.

Job loss, they continue, is often much more than loss of income. The discipline many people learn through a structured work environment becomes an inextricable part of their identity. We associate ourselves and our work as one being, which is why, as they note, both suicides and heart attacks increase when middle-aged people lose longtime occupations.

Their book is an attempt to remind us of the importance of finding meaning in work and, ideally, building better social structures that support the unemployed in terms of both money and meaning.

Beyond the implementation of any universal basic income or cash transfer programs, they conclude,

We each should have a universal right to a productive life within society.

Put your money back to work for you.

Budgeting is an essential component of sound financial health that ensures you don’t overextend yourself. Why it matters. The average American carries $90,000+ in debt. Knowing how much money you make and spend helps you keep perspective on your bank account—and your family’s economic situation. Budgeting

Despite economic confusion and conflicting messages, it’s possible to protect (and even grow) your assets in 2023. Here are 5 strategies for doing just that. 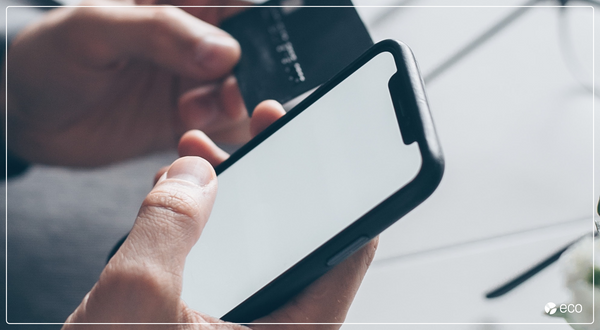